2012 has proven to be an exceptional year so far!  Biggs (CH Nottinghill's Next Milestone)  has earned his ABIDS Championship his ABIDS Master Championship  and his UKC Championship.  That makes 3 championships for this handsome fellow.   Biggs has now has now taken on a new challange trying his skills in Rally obedience and in his first attempt he earned 2 legs towards his title.  Dixie (Nottinghill's Mardi Gras Music) a daughter of the Monkey x Rudy litter born in March  2012, has won 3 Best Puppy In Show and her puppy championship!  What a little superstar!  Sapheera (Nottinghill's A Dragon Tale) has received 2 Best Puppy In Show and is well on her way to her puppy championship as well.  We can wait to see what the fall will bring for these exceptional companions! 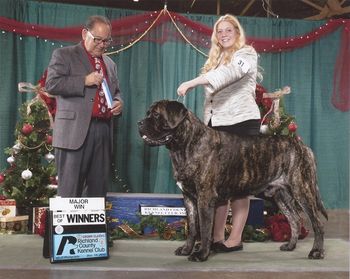 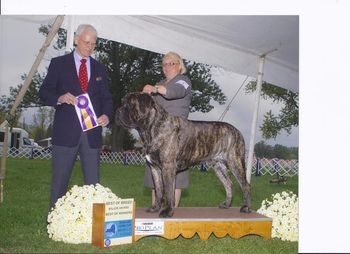 Fingerlakes September 29 2012. BOB over specials out of the BBE Class. 4 pt major! 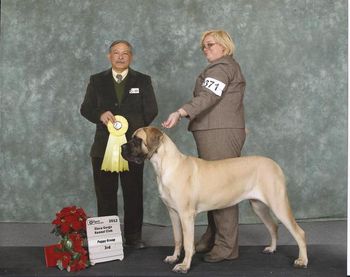 At just 9 mos Nottinghill's A Dragon Tale wins her 2nd grp placement at the Elora Gorge Show December 27, 2012. Thank you Judge for recognizing this beautiful girl! 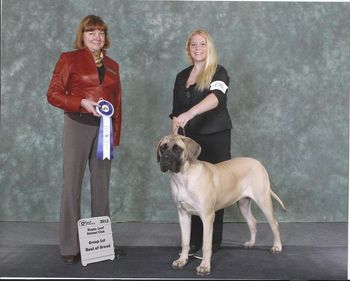 Nottinghill's A Dragon Tale takes a grp 1 against mature dogs. So proud of Alex and Soph! 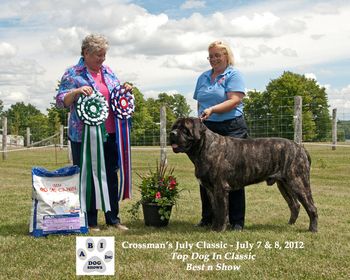 BIS #2 for the weekend and Top Dog Honours as well! Thank you Judge Gail Neilson! 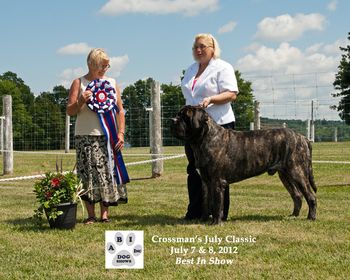 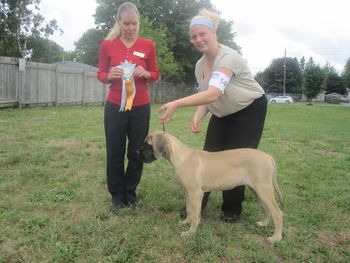 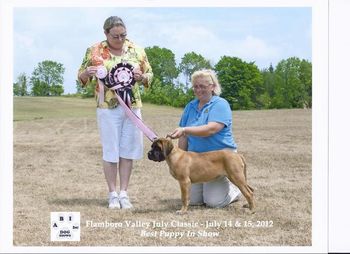 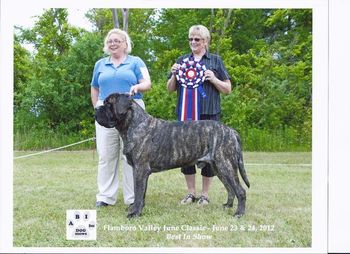 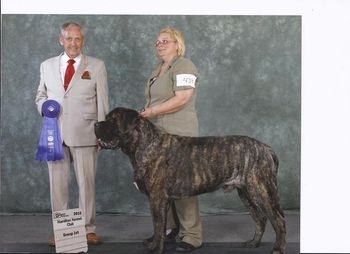 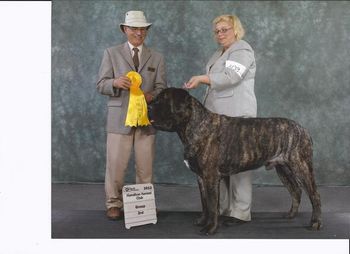 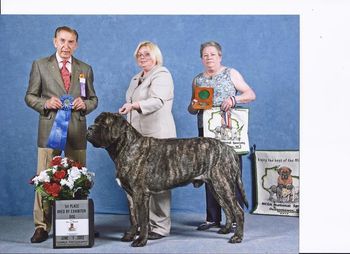 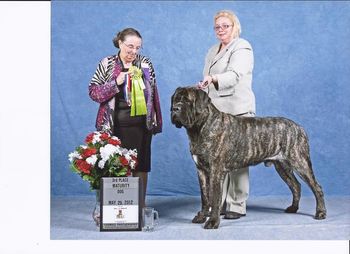 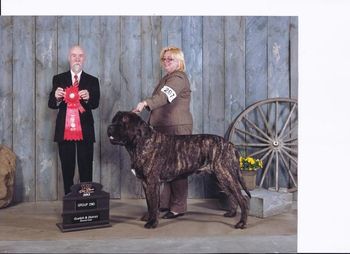 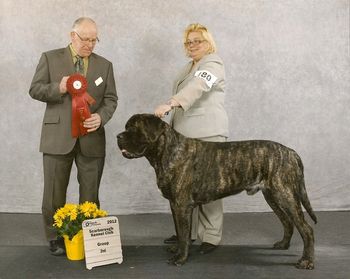 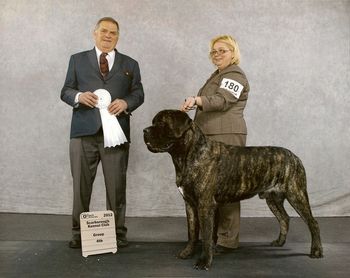 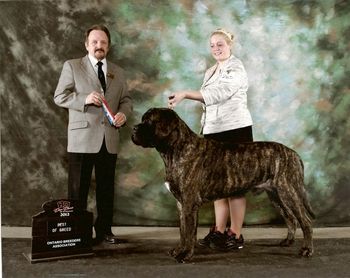 Ontario Breeders Markham 2012. Six shows and six BOB with Alex who is only a JR.

-For 2011 we have had Beowulf's Curious Georgia of Nottinghill and Nottinghills Next Milestone out and showing.  It has been a whorlewind of a year witn Monkey and -Bagheera both getting their CKC Championships.  We  took Bagheera down to the MCOA National Specialty  and the Canadina National Specialty with amazing results.  We are planning to put Bagheera away for a while to let him grow up and mature.  Monkey will go and finish her UKC championship this fall providing all goes as expected. 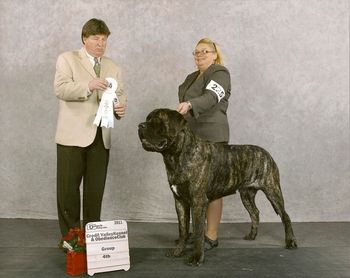 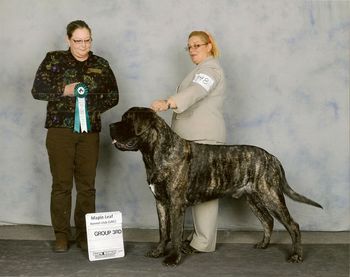 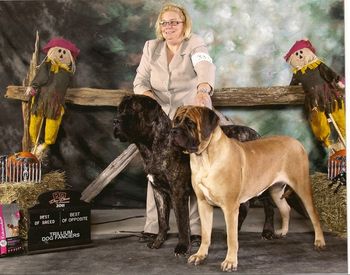 BOB and BOS for Bagheera and Monkey at the Trillium Fanciers Show October 28, 2011. 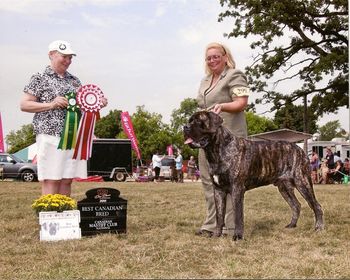 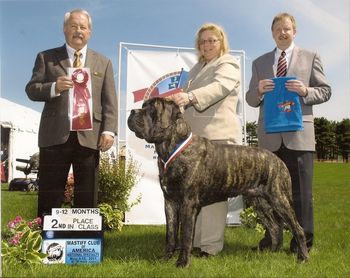 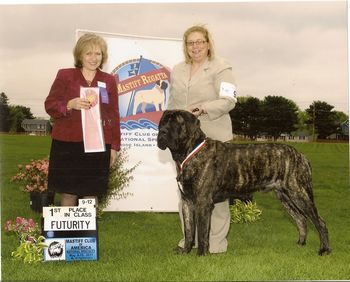 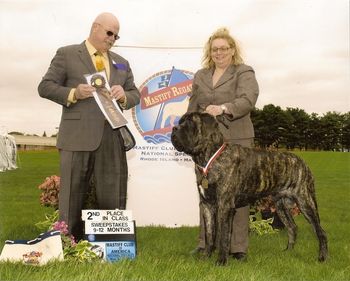 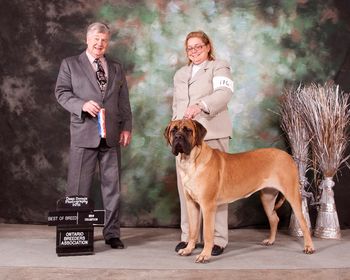 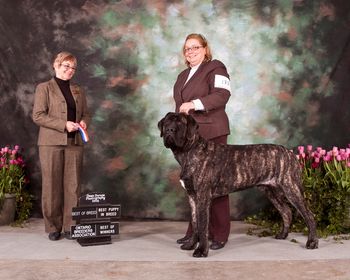