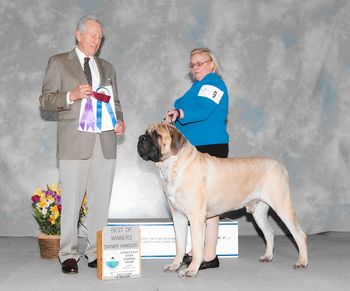 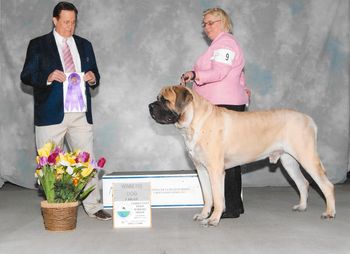 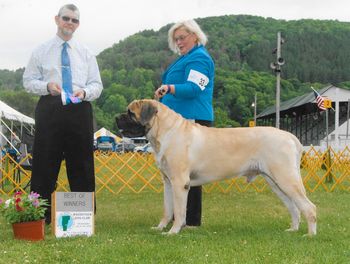 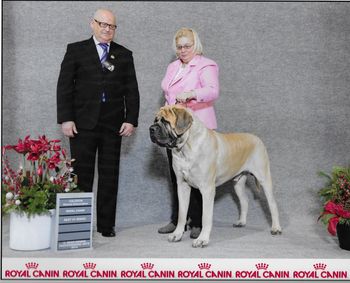 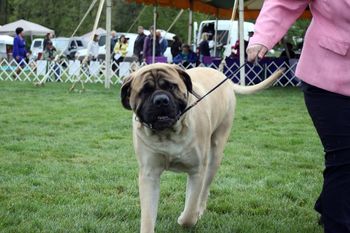 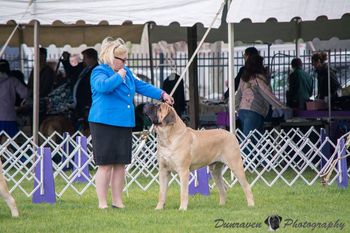 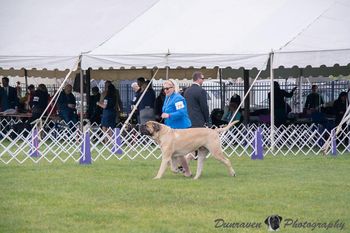 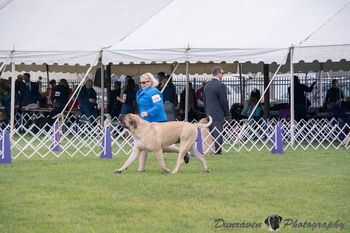 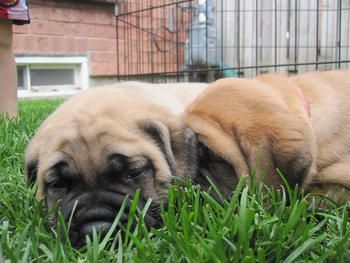 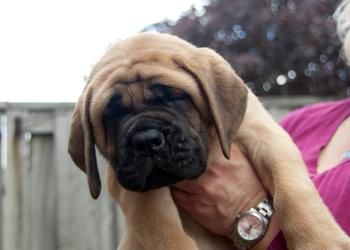 Share photo gallery
GRCH Nottinghill's Duke is from the 2013 Balou x Monkey litter. He is a  very big boy with beautiful structure, movement and  a personality to match!  His movements is nothing short of spectacular and a temperament to die for.  His show career started out with bang when in his first weekend out he won the Canadian Mastiff Club booster from the classes over specials.  He finished his championship in only 2 weekends and his Grand Championship in 3 more weekends.  In 2015 Duke was 3rd in the all breed points and number one in breed points.  Considering we only showed him in 3 shows I think he did extremely well.  He is now health tested, passing all his tests with flying colours.  We are looking forward to seeing some young royalty in the future!

Duke became an AKC champion with only 4 days of showing in the US.  He won 2-5 pt majors and 2-4 pt majors to finish with a bang.  He is also well on his way to becoming an AKC Grand Champion.  So proud of this boy! 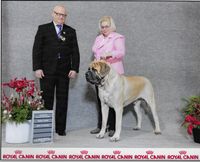