CH. Baskerville's Sweet Monet or Mona as we call her made her debut at 8 months. At 9 months she had her first 2 best of breeds beating out all the specials.  She had her first title by the time she turned a year old.  She continued her winning streak winning Best of Opposite and Best Canadian Bred at the Canadian Mastiff Specialty in 2007.  In 2008 Mona's winning  continued by achieving her UKC Championship in only 3 shows.   In 2008 she was also ranked 8th overall in UKC!  If you would like to see more of Mona's family then click here to go to Baskerville Mastiffs.


July 2009 News!  Mona went BOB five shows in a row and then won a group 3rd and 4th.  Congratulations Mona.  In the same weekend GPS  Mona's daughter got her first championship.


A big thank you to Baskerville Mastiffs for allowing us to have such a great example of the Mastiff breed! 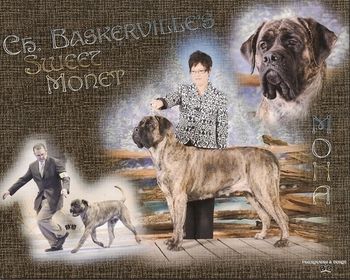 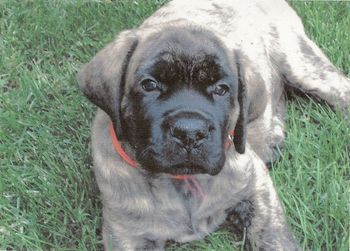 Mona at her first show. BOS and Best Puppy. 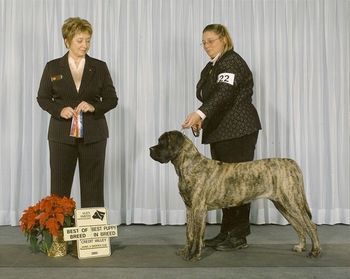 Mona at her second show at 9 months. Best of Breed and Best Puppy. 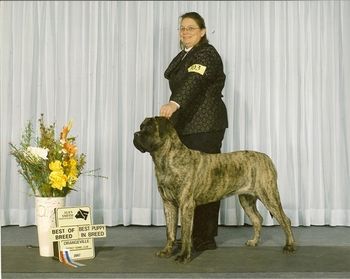 10 Months another Best of Breed and Best Puppy. 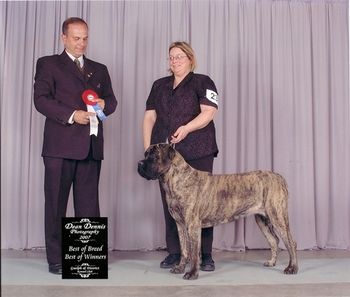 Mona at one year. Another Best of Breed. 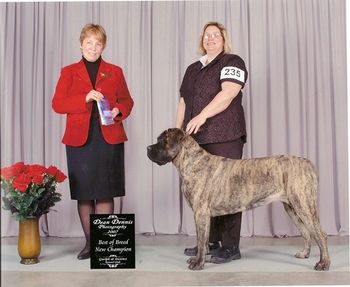 Mona at one year, New Champion and Best of Breed. 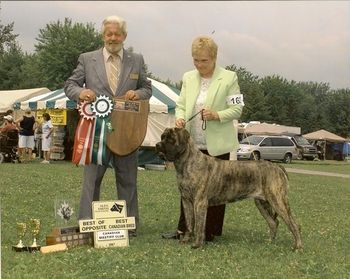 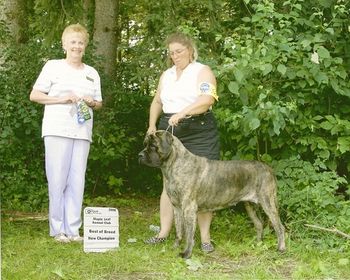 In only 3 shows Mona got her second championship. UKC at 2 years of age. 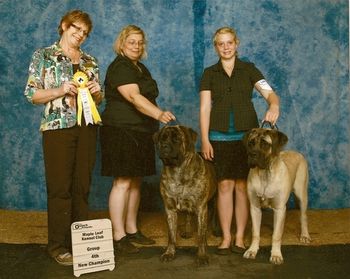 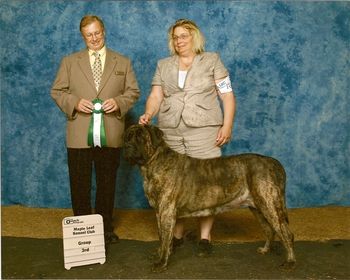 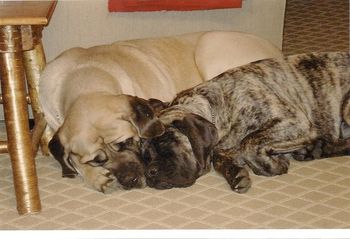 Mona and her best friend Delyla. This is a true picture of our girls