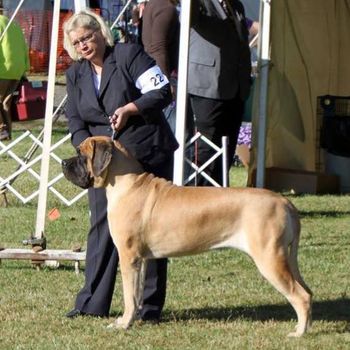 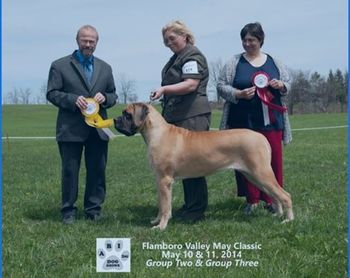 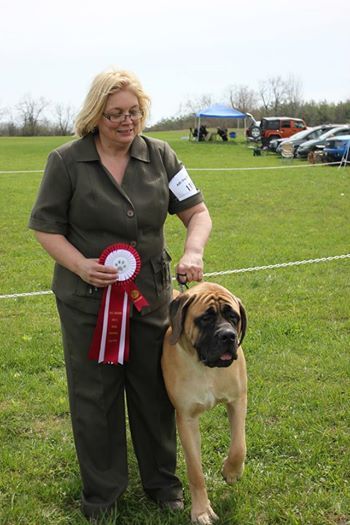 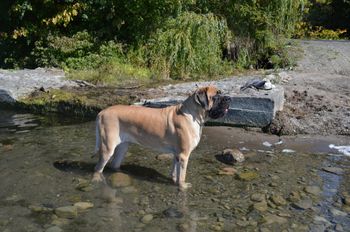 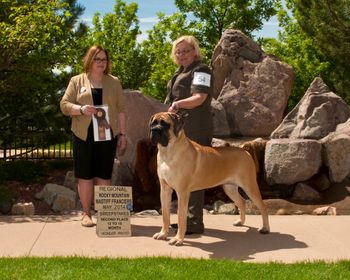 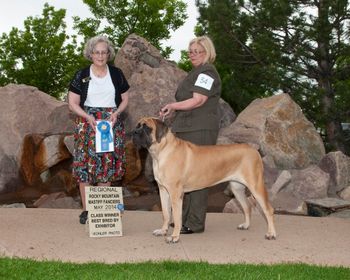 BBE Class at the Supported Entry. 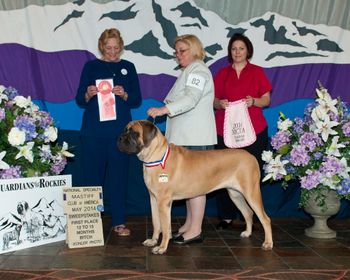 Sweeps winner at the MCOA 2014 Nationals. 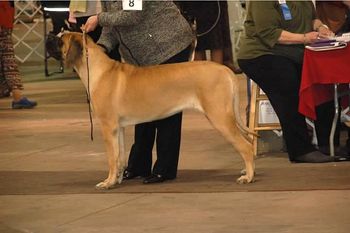 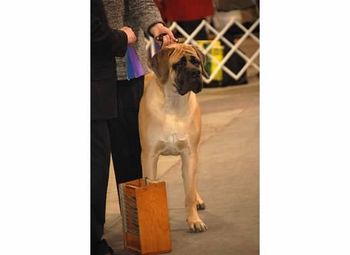 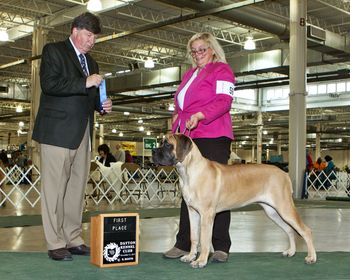 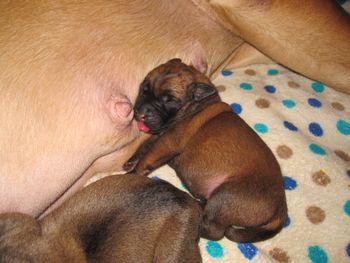 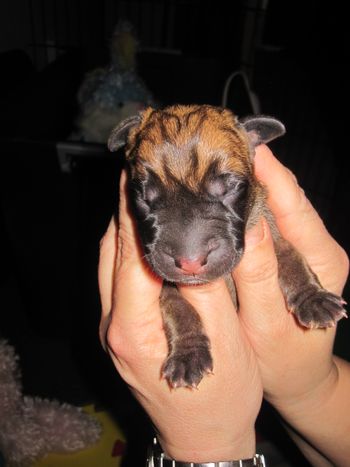 Share photo gallery
Nottinghills Gossip Girl is our keeper girl from our 2013 Balou x Monkey litter.  In December 2013 we went to the Crown Classic in Cleveland Ohio where 2 out of the 3 days showing she took Reserve WB to a Major.  I was very excited because she was only 7 mos old.  We were in Syracuse in March and 2 out of the 3 days Phoebe was BOW's and the 3 rd day she was still WB.  She got her first American points that weekend.  We took her to the US Nationals in Colorado this year and at the supported entry at the beginning of the week she was second in the Sweeps and won the BBE class.  She was also 4th in the Futurity and won the Sweeps in the regular show. 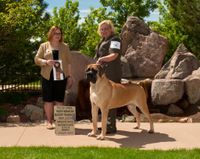